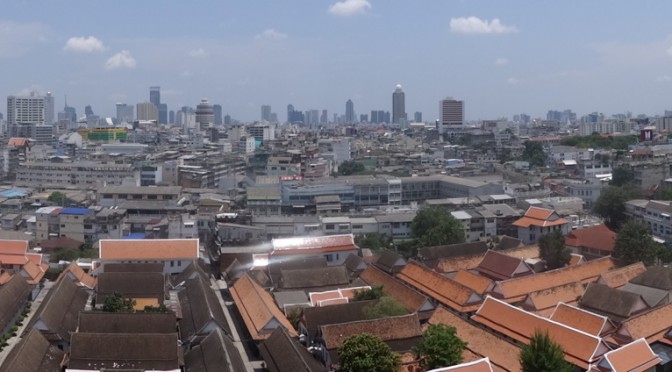 Once again in the country of open-minded people,

In Khon Kaen I spend one full Day for change money, buy a new Android Phone for 1550 Baht (something about 45 CHF) and walk around, as usually. The night train to BKK was really bad, only hard seats were available on this train, with or without reservation of seat… I got one without, but still was lucky to could sit down, what was still difficult to sleep.

Arrived in BKK I took first a nap, and went in the afternoon to a lady boy show. Sometimes I was really surprised…

The apply for the visa for Indonesia was not successful, because a round trip is needed. So let’s try again in KL!
After hanging out in the khao san road with Sam from England, and visiting some temples and the palace, I took a night bus to Ranong, where the Ferries to Koh Phayam are leaving.

On the Ferry station I met some guys from Germany, and so we went together for searching a Bungalow. For the first impression most of them were closed, specially on the long beach, so we went to the sunset beach, called Ao Khao Kwai, what means buffalo bay.

I got there a nice time for relaxing, drinking and finally playing shithead again! But I will also never forget the exhausting bicycle trip around the island (any other took a motorbike), the sunsets and the cute daughter of the american owner.

The next stop to the south was Krabi town. In the nearby penisula Railay is supposed to be the most beautiful spot for rock climbing in the world.

Of course I had to try out my climbing skills, and the first try was disappointing, but the next two were successful! It was just amazing, i think I want to do it again…

Next: Malaysia, I got very luck by border crossing…