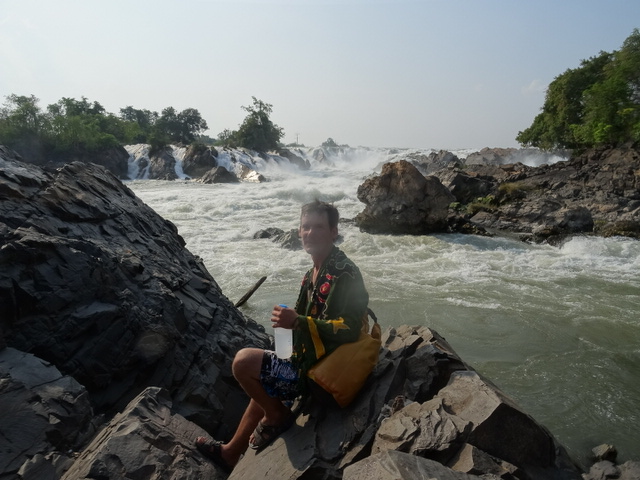 After a little tricky border crossing, because of new year and some angry tourists, who didn’t wanted to pay the stamping fee at the custom, I arrived Don Det (better known as the 1000 islands) and could hang out in my hammock.

I really wanted to do some real kayaking, but in this time was only able to do some paddling tour… Anyway, i joined the group and had a nice time near the biggest waterfalls in south east Asia, the Khone Papheng Falls near to the Cambodian border (see main picture).

After having some parties and meeting some good people, I left for Savannakhet and decided to not go any more north in Laos for being faster in Indonesia. After a 12 hours bus trip, what should have been only 8 hours (yes, still the new year problem..) I found with other travellers a nice Guesthouse. I thought to make a Ho chi minh tour from there, but for me alone it had cost over 300 USD for a 2 Day trip, which was way to expensive for me. So I enjoyed the Invitation from the Lao people there before leaving to Thailand for the third time… 🙂