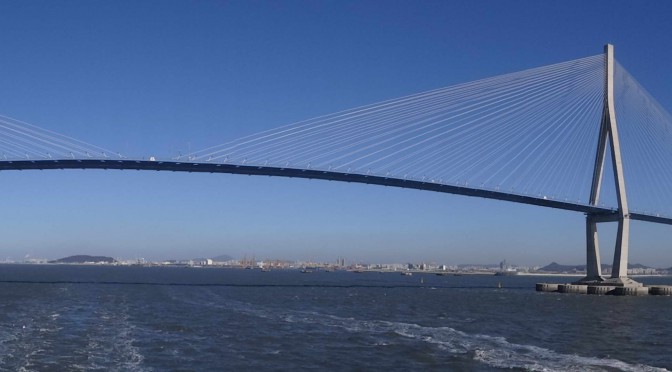 After rushing trough Korea again, I took the ferry from Incheon to Tianjin. The Food on the ferry was not really good, because I got sick in the morning. Also I recognized, that the Chinese doesn’t take same care about hygienic than Korean, but this I knew already before.

I arrived without chinese money, because I thought, it would be easy to change or us a ATM on the ferry terminal. The ATM didn’t work, and the exchange office was closed. The ferry terminal was something about 20 km away from the next train- or busstation. So hmm, what to do? A taxi brought me to a bank of china for getting money and drove me afterwards to the subway station. This was my most expensive taxidrive ever made, because he scammed me, but I knew it of corse. To find the Hostel was also not so easy, because I didn’t had a chinese address, I was a Flat in a big building without any signs outside, and the guard doesn’t speek any english. Finally I could connect the hostel and got a room. Next morning, I had a great view… for the Smog.

In Beijing was very easy to find the hostel, and I took a tour for the next day to the great wall.

This part (and some other) was reconstructed for the tourists (with help von Germany), the rest of the wall is more a long grassz knoll than really a wall.

In Beijing I visited the Forbidden City, the famous Tiananmen Square and the old and new Summer palace, where I found some kind of fresh air.

Next city was Xi’an, which was the starting point of the silk route and with the located Terracotta Warriors nearby.

Back in the Hostel we met some Chinese guys, who invited us to drink plume whine and eat some chicken feets, it was such a great evening!

Next destination: Shanghai. Because it was a long jurney, I had to take a over night train. The sleepers looks similar to the russian ones, but the have 3 layers of beds instead of only 2.

Arrived in Shanghai I met for a short time Michael, who sent me the invitation letter for the buisiness Visa. Again: Thanks a lot Michael, and the tee is really tasty! The Smog in Shanghai was a little bit better than in Xi’an, but I got still only smoky pictures about the Financial Tower (highest observatorium of the world), and Shanghai tower (not open yet).

Inside Shanghai Financial Tower, there is a really nice model about Shanghai, I was surprised!

Because I don’t like the smog anymore (hust hust), I was only two nights in Shanghai and desided to move more south… actually to the southest point of China, Sanya. But unfortunately by moving of the train to the ferry we lost much time, and we arrived late on haikou, where I met Manuela & Lukas, other travellers from Switzerland. We had the same target and a good time together from the beginning, so we tried together to catch a ticket to Sanya, but there were not any left, so we had to spend a night in Haikou.

Arrived in Sanya I got to the beach and enjoyed the sun by 20°C, meet Manuela and Lukas sometimes until the end of the week. 🙂

Next I have to go to Nanning to catch my visa vor Vietnam. See you there!

Fotos are uploading to the Dropbox, but because China blocks Dropbox, Google and Facefuck, I need VPN, and openVPN is not really stable and Fast…

To get to Japan was a little tricky. For the Ferry to Osaka I had to buy a return ticket, or show another proof to leave Japan again. The Company to Fukuoka, I had to sign a weird letter, that I had do go home, if I would stuck in the immigration to Japan… Good Luck I was not alone with this problem, Melissa from Canada was in the same situation, and together we had enough courage to take the risk. After a 4-hours Speed-boat trip in Japan then, It was quite easy, just say something and yes, we will leave Japan together… 🙂

Hiroshima was really interesting, but the museum also very brutal. To see mostly everything about the results and hear a lot of personally stories whom survived the A-Bomb is really hard stuff. But the Japanese never judge the USA directly, they want only make that’s never happens again…

In Osaka I spent the Christmas-time for my Chinese Visa, and I found out, that my plan to leave with the Ferry from Kobe to Tianjin (China) doesn’t work, because this service doesn’t exist anymore… anyway, on the official Website there is this Service still available.. 🙂 One evening I visited the Castle with the 3-d Visual show, and I was impressed, even it was too crowded for me.

After I got my Visa, i went to Tokio. phooaa… after arriving, I decided to spend only 2 nights there, I felt me too small… 🙂 So I went for new year to Hakuba for Skiiing and visiting the Snow Monkeys, who take the Onsen in wintertime for keep warm… cute!

For Kyoto I had only one Night left, and Yes, this is not much… and over the days off for new year, the temples are getting crowded, and then I don’t feel me very comfortable anymore.

So then, for all of you: Happy new Year! 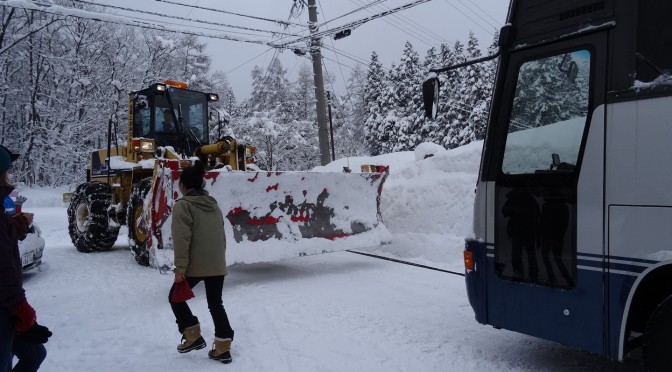