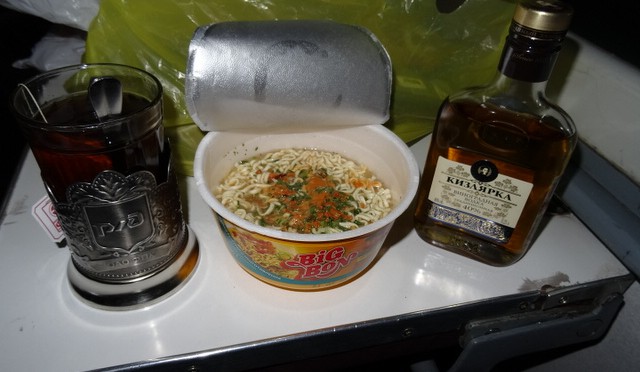 That’s now going fast. Yeah, It’s only something about 6000 Km between the last News… 🙂 actually, its only because it was sunny the whole time… In Irkutsk I met Late from Finland and together we went to Olchon, the biggest Island in the biggest and deepest freshwater lake of the world. Incredible, and (yes Late) amazing! The water was in a beautiful blue and the sky was very clear. 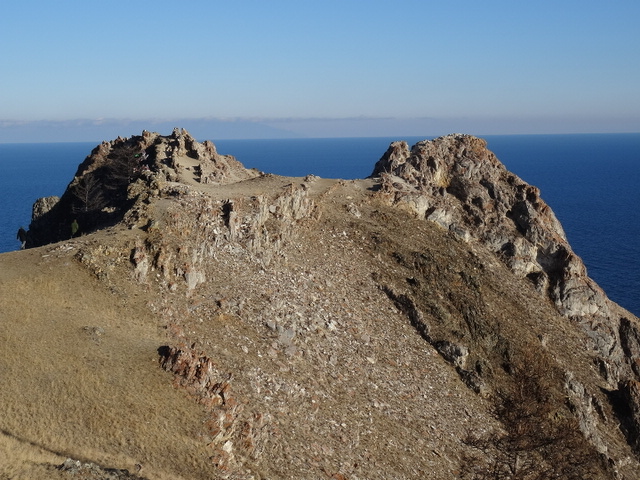 Some Facts: all rivers of the world would need 1 year to fill it up, mostly 20% from all freshwater on earth is there. 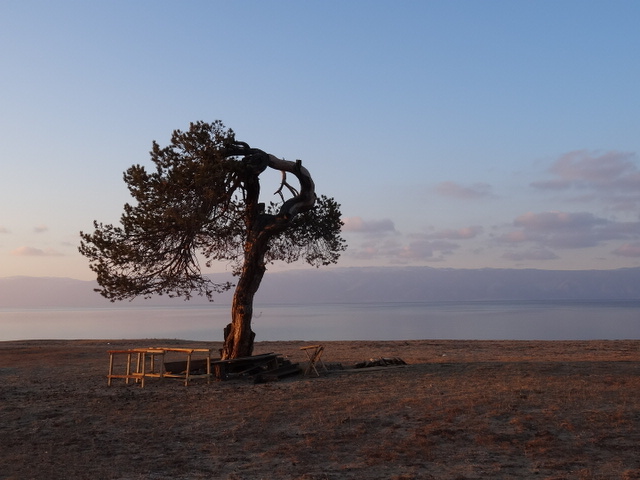 In Ulan Ude Late was Late heading to Mongolia, and I went to a nearby lama monastery, where the buildings are painted in a lot of colors. I think I will see this kind of Buildings now more often.. 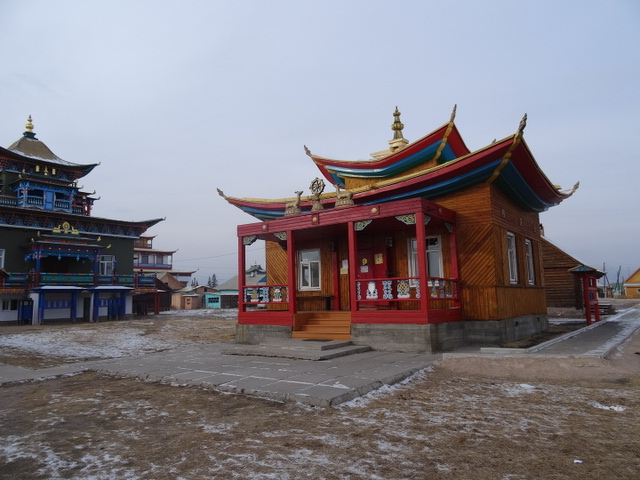 Nearby each city in Russian has a sculpture from Lenin, and in Ulan Ude there its a big head on the square… 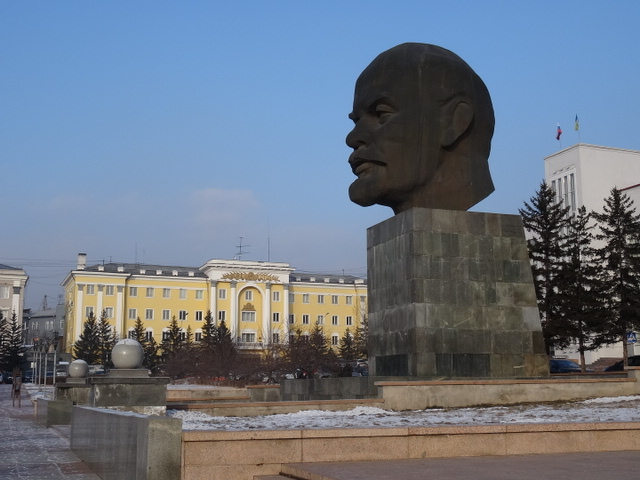 ..where you can make some funny pictures about it… 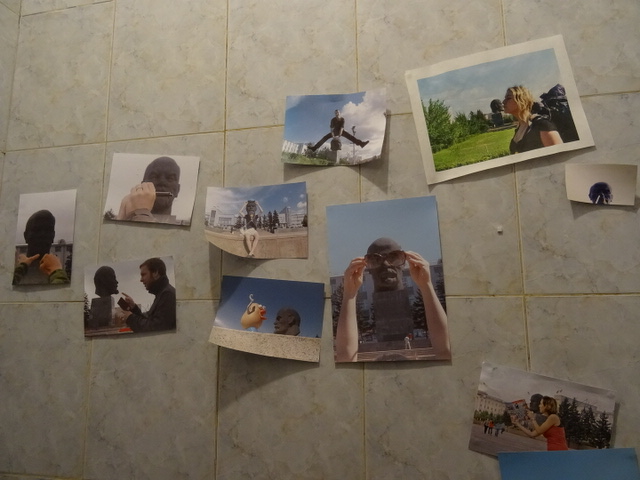 Further in Khabarovsk, after a train-trip over 2 Days and a lot of Noodles, see main Picture, is the longest bridge in the Transibirian railroute. I spend the day with Anton, who could speak pretty good Spanish, it was a great time! 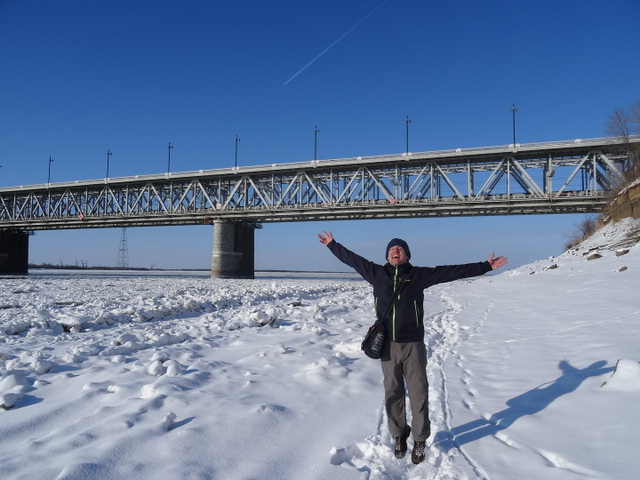 When I arrived in Wladiwostok, I thought to spend 2 Nights there, so I went to the Hostel and put my bag pack there for getting the ticket to south Korea. But in the Office they told me, that the Ferry is leaving in Wintertime every Tuesday instead of Thursday, so I had to buy a ticket for the same day, to not get into trouble with my Visa. So I left Russia i little bit to fast for my meaning, I would have spent more time in Wladiwostok, what a pity and what a luck, that I got there just in Time! 🙂 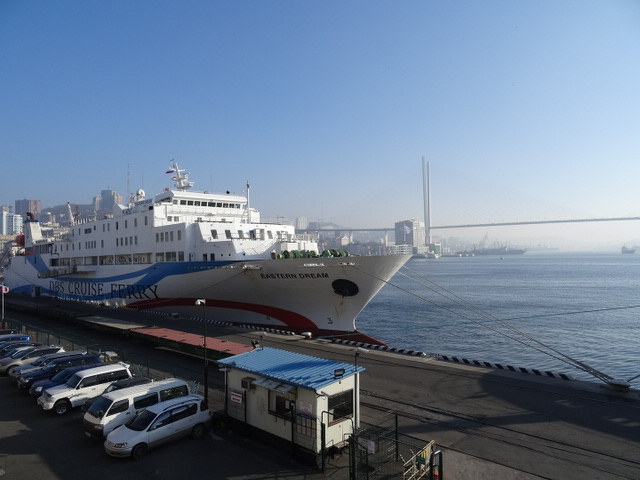 So I’m now in South Korea and the difference to Russia is immense. If you want to know more, ask me something and leave a comment or a question in my Guestbook! 🙂
The Photo from Russia are all in the Gallery and are awaiting for your comments!
The route is also actualized, so you will see where i was travelling trough.

The best experience until now in Russia I’ve made in Krasnoyarsk. The Hostel was really good, the Guide very helpful and so we spent together a half day in the national park stolby by scrambling up the rocks. Then an other Day he took me to his Datscha for one Night to have a BBQ outside by -10°C, while we had +25°C inside. Thank you very much for this great Time Anatoliy! 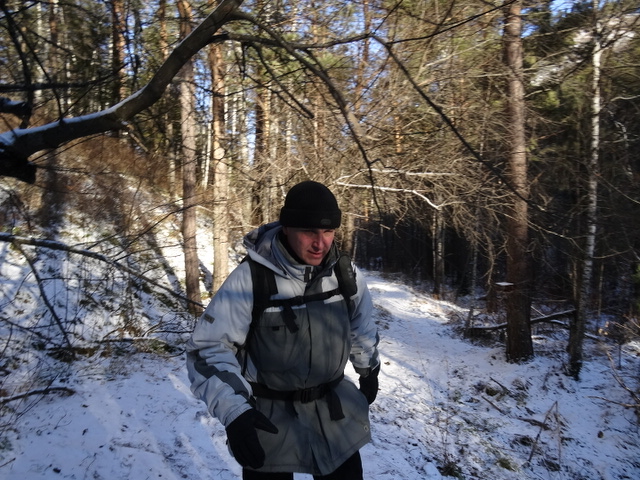 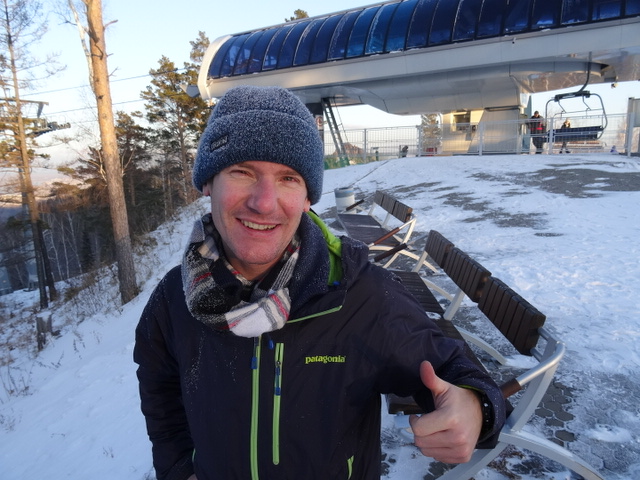 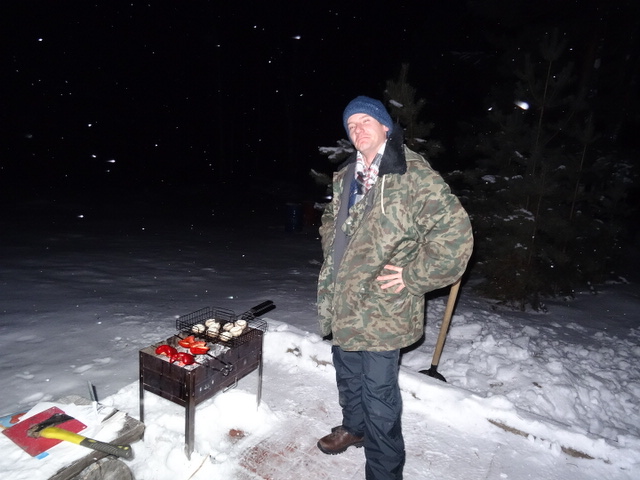 There is quiet a lot of things to see, and in my two days I’ve see some of the best things there, probably it was the walk through the City, the oversized QWERTY-Keyboard, or my short trip to Каменные палатки with the nearby frozen lake. Good days! 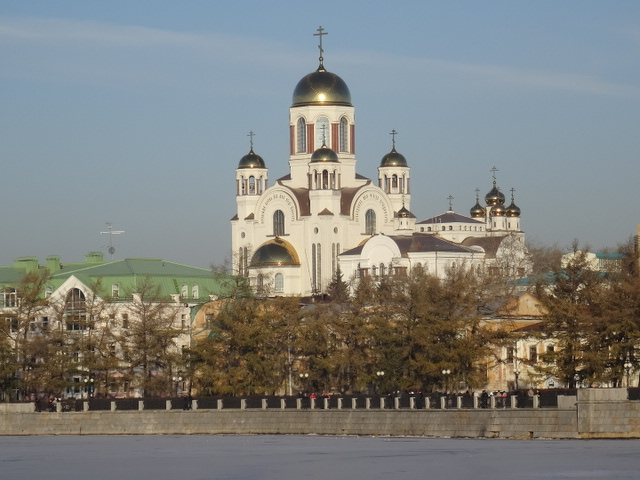 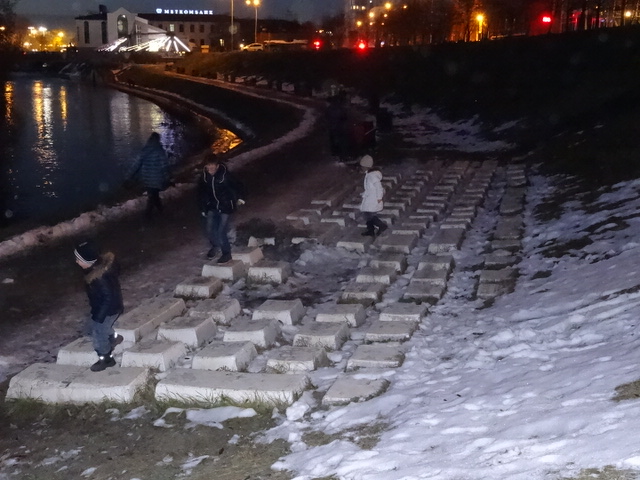 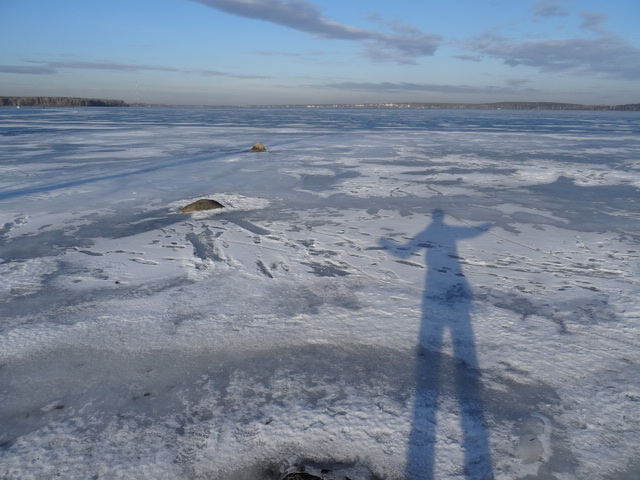 On the way to Krasnoyarsk the train crew had some problems with my ticket, so I did not got my sheets. And I had to share the compartment with some Russian students. Of course I was the main attraction for they for the whole evening… 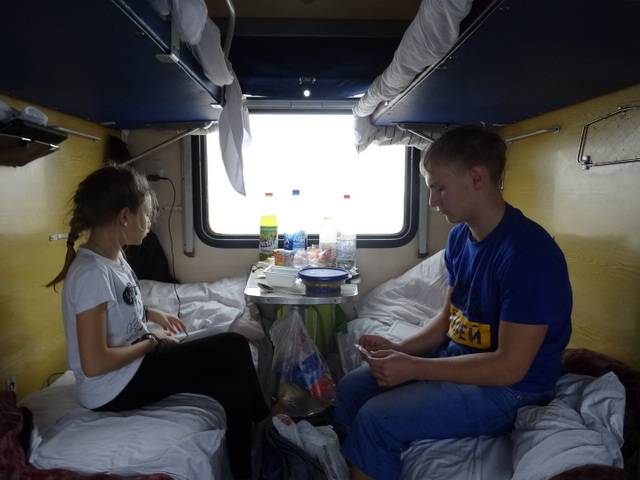 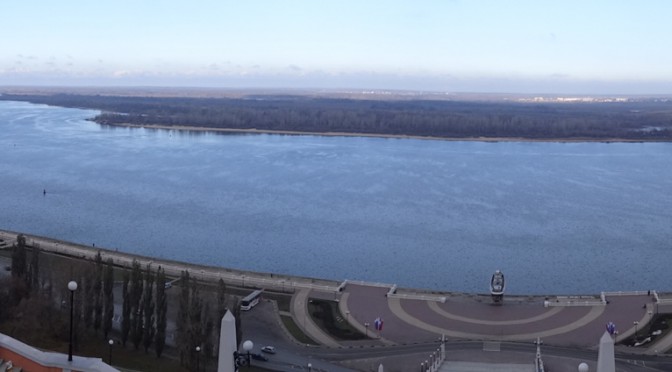 I don’t know exactly, why I decided to spend 4 Nights here, there are not so much things to see and to do. But why I like all rivers, and because here the river River Oka is joined Wolga, I had anyway a good time.
I meet some other guys in the Hostel and we went to celebrate Halloween.
The day after I went for a walk trough the city and just somewhere to Wolga. Good luck that I’ve a good Map-App! 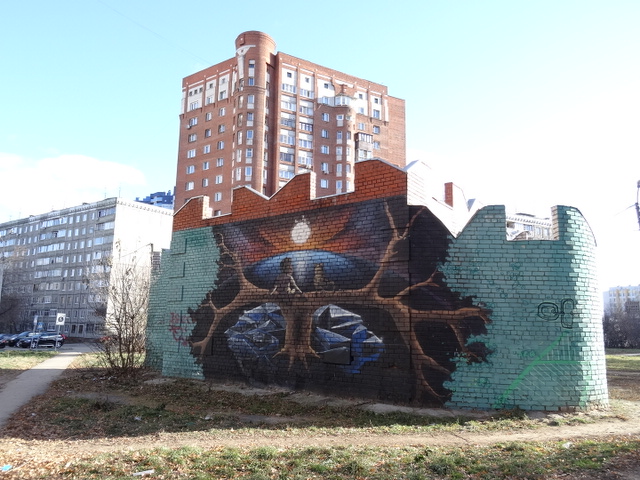 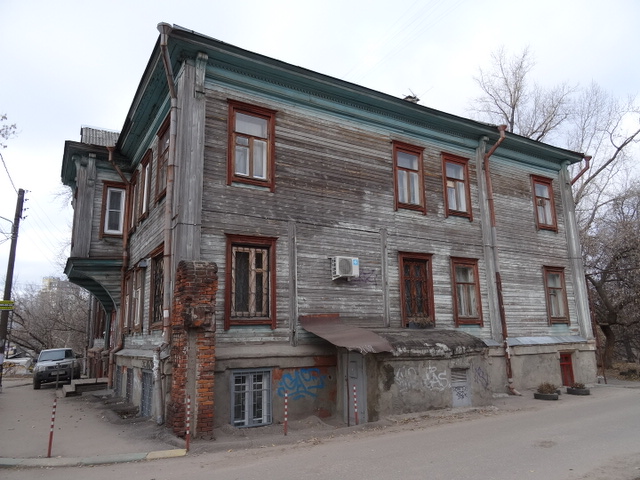 In the night train to Moskau I could make my first experience for the trans Siberian railroad, and I think in the cheapest third class you will travel cheaper and more comfortable than in the cheap so called sleeping chairs in Germany. 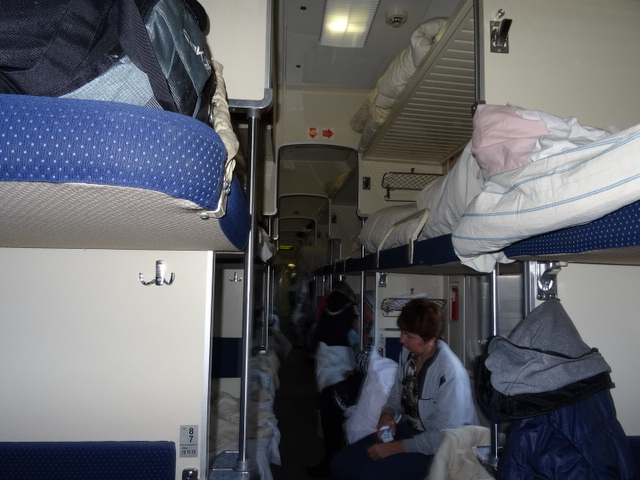 Moskau itself surprised me with some colorized non-durable street arts and, at least from outside, beautiful looking churches. 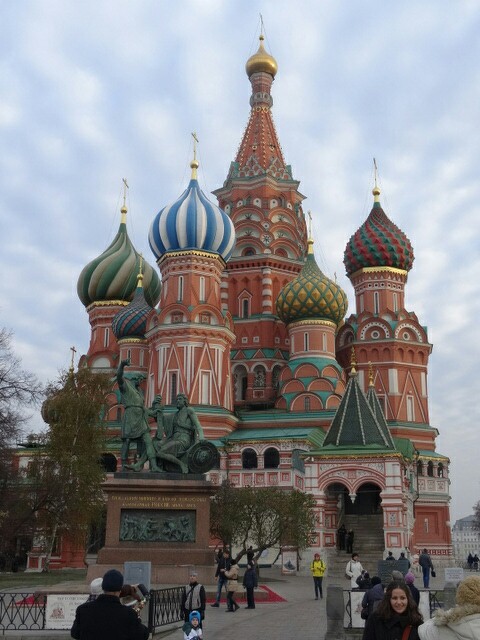 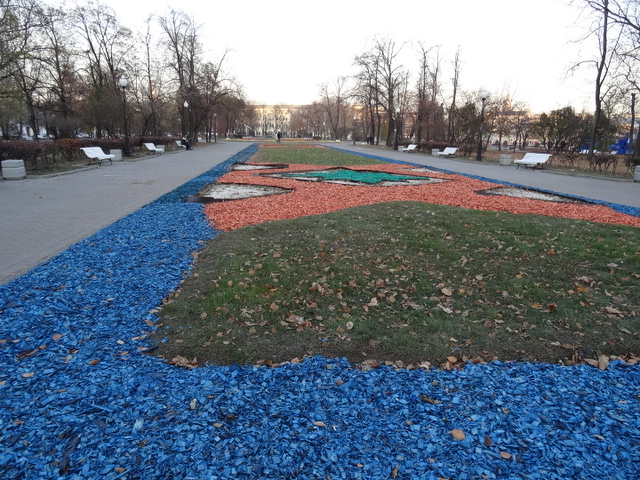 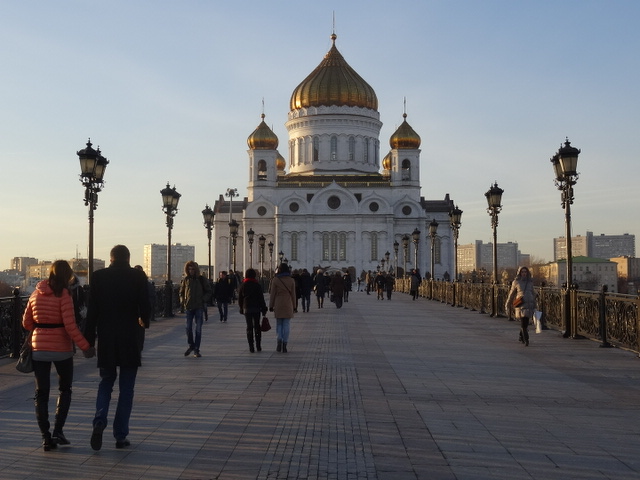 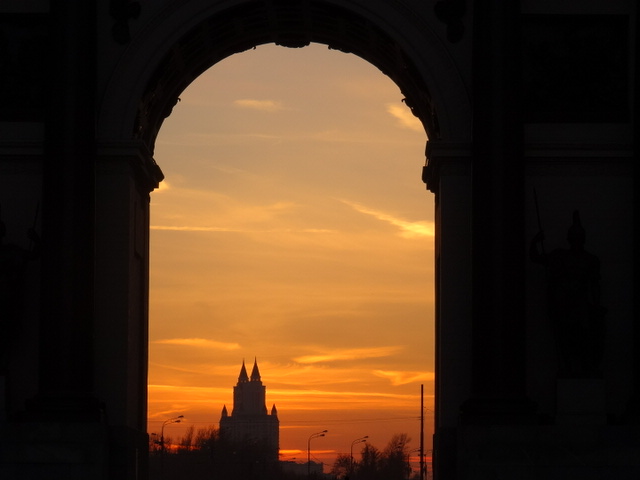 But I was not very surprised about the inside of Kremlin of Moskau and the Bazilius – Cathedral.. 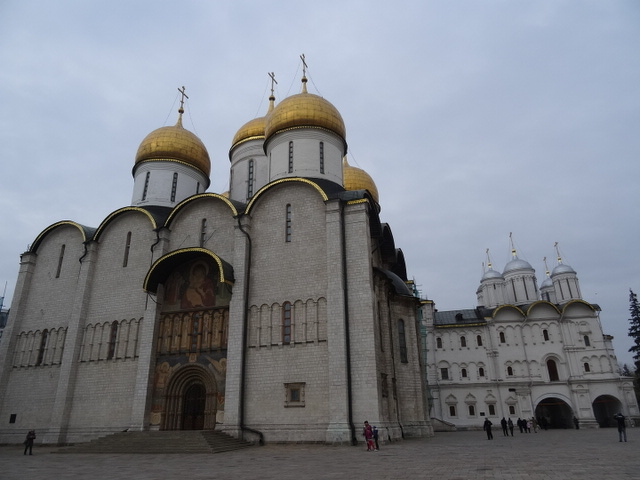 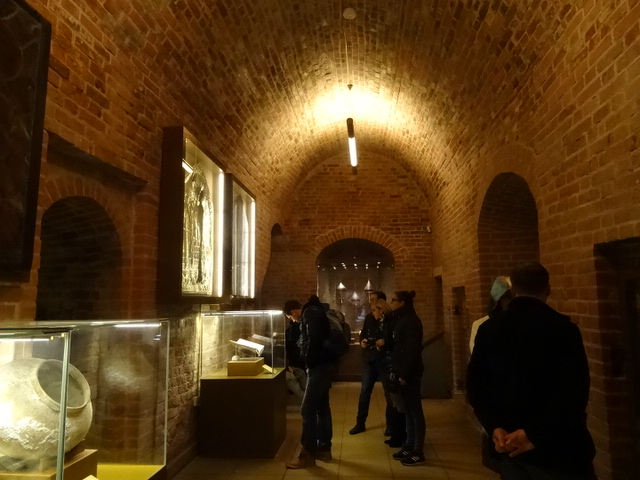 But anyway, I had a good time and felt myself safe in a beautiful City 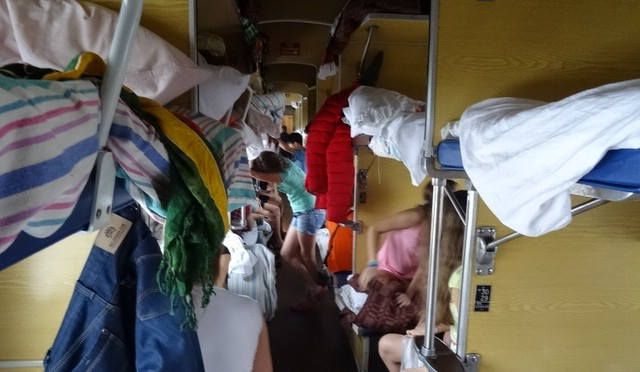